Established in 1996, we are a brand agency that is dedicated to creating “Talking Brands” for leading companies, organizations and business ventures in diverse fields. We are strategic experts and creative makers that love what we do. We build, shape and tailor brands solutions that create new experiences and open doors to opportunities.

We think, design and breathe life into your brand.  Your brand, just like a person, has the potential to connect with people, touch their hearts and drive them to reach out. Or simply, become a Talking Brand that sell.

We have five ground rules: Well Understanding of  Your Company’s Core business / Be unique / Listen and only then speak / develop a clear razor-sharp identity that serves the strategy / design for people

In every path that leads to your audience heart. We believe that building a strong brand is about choosing the right channels and creating the prefect environment for your brand to shine. 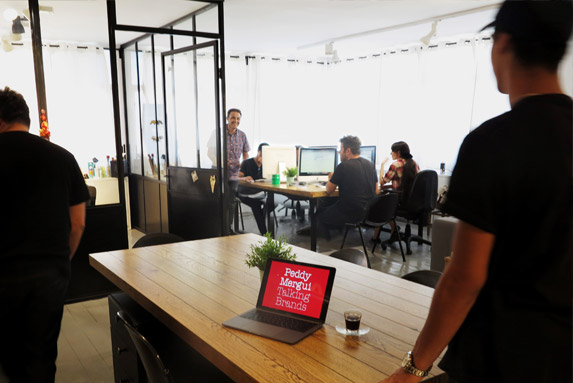 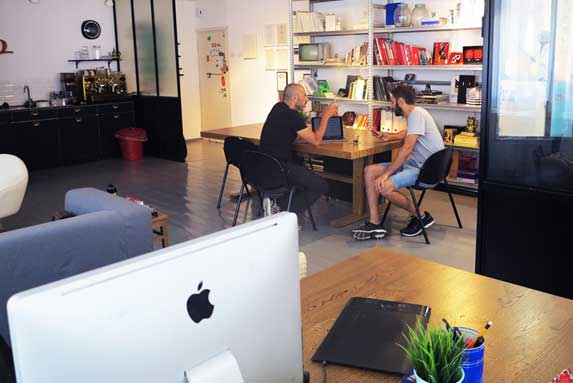 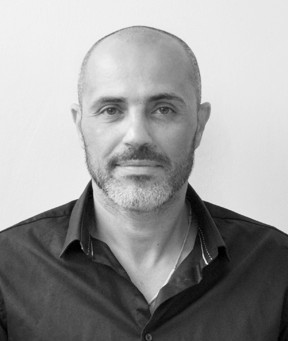 More than two decades of building brands in Israel and abroad, in various fields – retail to business. Senior Staff Lecturer in the Department of Visual Communication Design at the Holon Institute of Technology . Former head of the Dept. of Visual Communication Design. Believe in building brands that speak of love from the heart. Spread plenty of good, make a better world. More About Peddy Mergui 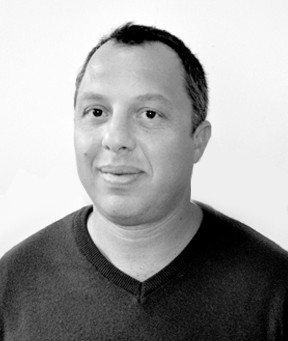 Nir has more than 15 years in management positions, senior marketing and strategy for domestic and international markets. In his various positions served on the boards in companies, as a leading strategic consultant for organization marketing moves. His other activities is an .expertise in developing strategies for change and growth, for businesses, entrepreneurs and companies 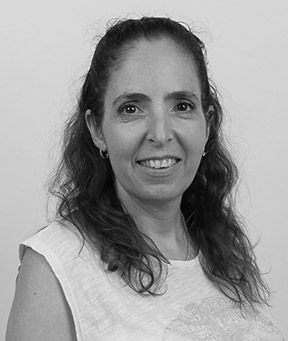 Michal has 15 years of experience in marketing and strategy management in few of the largest communications companies in Israel and familiar exceptionally with various business sectors. She is an MBA graduate, an expert in strategy and customer focused marketing. During her roles in senior management positions, she led and assimilated in different organizations the client-centered marketing concept and gained international recognition for implementing this method in Israel. Today Michal serves as a senior consultant for marketing strategy, focusing on formulating a marketing strategy and building marketing and growth plans in Israel. 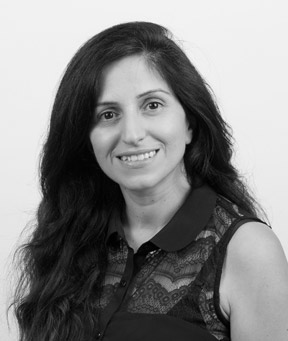 Mary specializes in building digital marketing strategy and has more than 10 years of experience in marketing and information systems positions in the public and private sectors. During her tenure she served as Information Systems Manager in the Ministry of Defense – Mission to the U.S, she led the customer service department and technology department for winwin.co.il, and managed systems and digital development processes in many companies. Today, Mary accompanies companies and organizations in the process of branding and developing digital strategy and in her free time, also Functions as an editor in “Metzayzim community” the leading marking Facebook community. 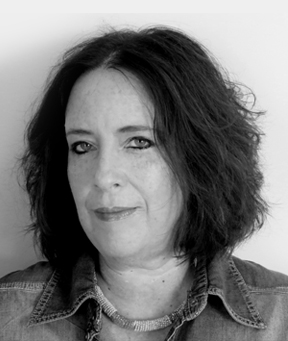 
During her 20 years of work at Amdocs, Ronit has held senior management positions in the areas of operations, finance and control both locally and internationally. She served as a senior executive at the Amdocs executive team, which led an IPO in NASDAQ in 1997. Ronit serves as active chairlady of the Afterdocs fund, which has invested in many projects over the past few years, including Salespredit, which was sold to ebay. Ronit also serves as GP in the AD2 fund. Ronit is a mentor for managements and senior executives mainly in the technology sector. 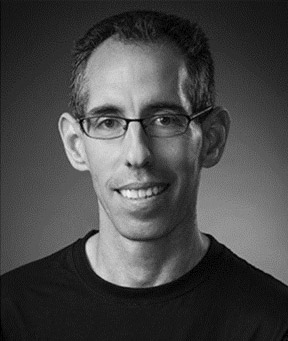 Arik has more than 20 years of experience in senior marketing and management roles, in technology companies in both local and international markets, and holds an MBA from the University of Manchester. Arik served in senior management positions at Microsoft in the USA, where he managed the marketing and strategy of products in a market value of more than $ 1 billion. Arik is an expert in international business development and marketing of technology and start-up companies, penetration process to international markets, launches, financing and growth strategy at different stages. Arik serves today as a consultant and help companies in the process of branding, marketing and business development. 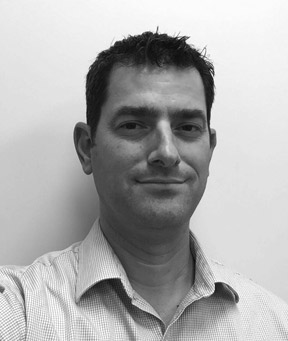 
Dror has a wide understanding in various industries with over 15 years of experience in strategy, business development, marketing and management roles in the local and international markets. In his various positions he served as a member of the management team and board of directors of public and private companies, where he was a directly involved in leading strategic decisions, business development, M&A and public offerings. Dror also serves as Chairman of a bilateral Chamber of Commerce and promotes trade relations between countries. Dror is an Executive MBA Graduate both from Kellogg and Recanati Schools of Management (USA & Israel); LL.B. & B.A. graduate both from the Interdisciplinary Center Herzliya, Israel. 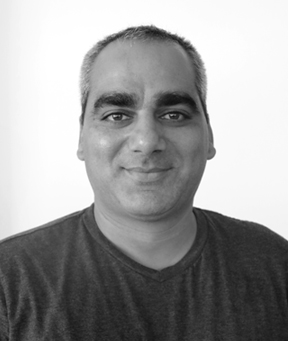 Eran is MBA graduate from the College of Management, Israel, with a research thesis in behavioral economics and market forecasts, and he is an expert in consumer behavior and behavioral psychology. He has wide experience in UX / UI user interface, with extensive experience in digital marketing in effective web sites, in product development and management. Eran is also experienced in marketing processes for new and mature businesses for growth and change, with an emphasis on digital worlds and Internet marketing strategy. 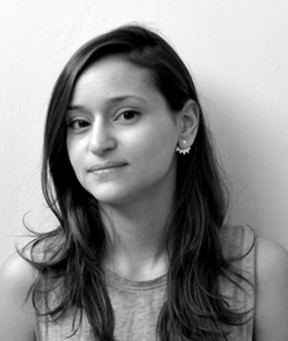 Outstanding graduate of Visual Communication Design Department at the Faculty of Design at the HIT . Designs with a unique vision and a brilliant ability to connect shape, color and typography to create a unique identity experience. Beyond human qualities, Shiran brings maturity, professionalism and experience of dozens of projects carried out at Talking Brands. 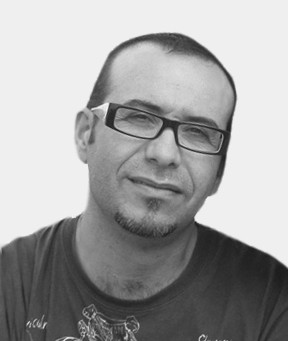 Yaron graduated Wizo – Academy of Design in 1994,Yaron working as a freelance illustrator and graphic designer. His versatile style and a high professional approach have built a wide circle of devoted clients from different areas such as: academy, publishing, high-tech, food, music, fashion, entertainment, lottery and pharmaceutical industries. Yaron is teaching visual communication and illustration in a various design academies. 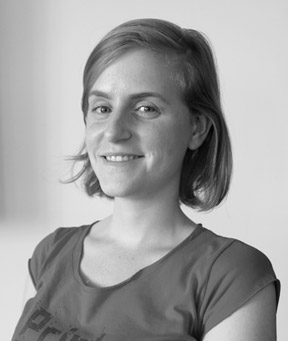 One of the most prominent graduates the Visual Communication department at Holon Institute of technology (H.I.T ). Karen brings relevance to the studio , Design and current trends in the world. Her skills are expressed in a variety of aspects: Graphics, Typography, Tone, Style and Identity, Image and Color , in accordance with the brand experience required. 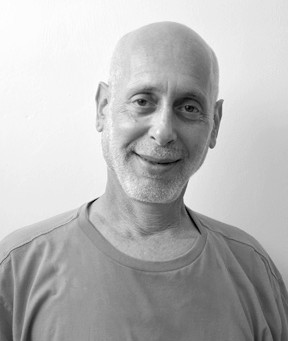 MBA degree – marketing specialization, from Tel Aviv University. BA degree in economy and business administration from Haifa University. Asher worked over the years as a research manager at several companies, in addition to providing marketing consultancy on a freelance basis for organizations and individuals, handling strategic planning and business plans production.

2015   Head of the jury in competition for
rebranding the center of the meeting
of cultures, Lublin, Poland

2015   Representing Israel at the Israeli pavilion
in Expo Milan, Italy

2006  Silver Star Award for Packaging from
The Packaging Center

1996  First Place Award in the Competition for
preliminary card design